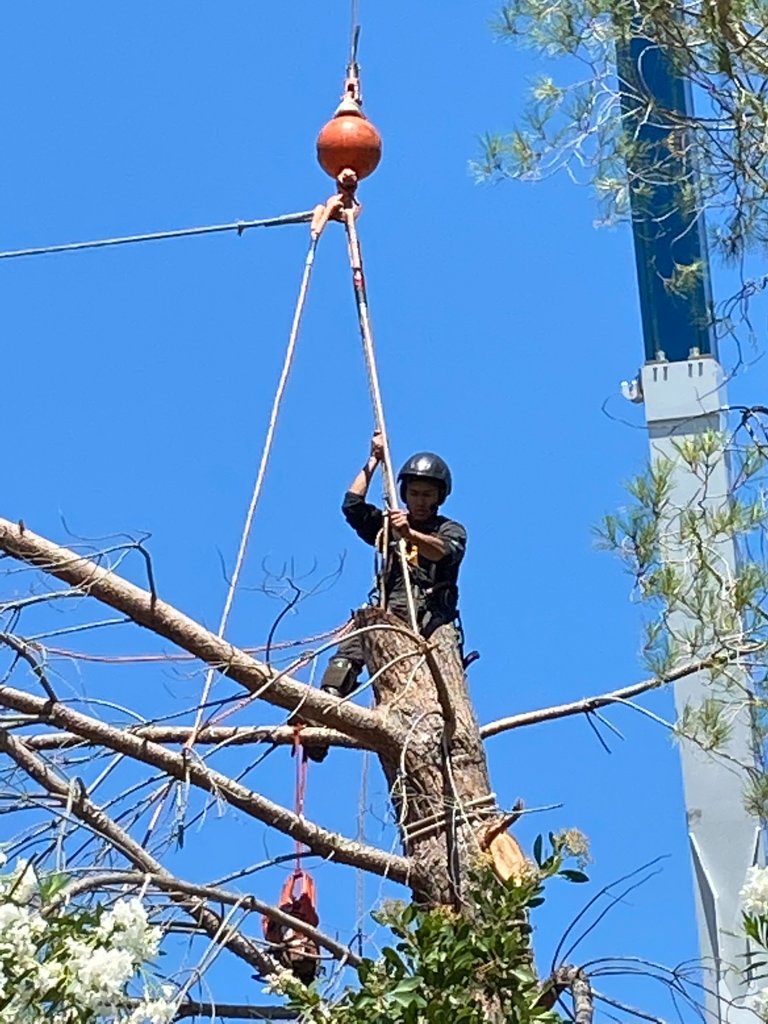 If a tree falls in a forest does it make a sound if no one is around to hear it? That’s a philosophical question for the ages, but what is clear is this: if a tree falls on an outdoor garden railroad in the back yard of a BAGRS member, it could cause some real damage.

It all started several years ago.

We live in Martinez on, as it ironically turned out, Pine Street. Behind us is a church, a large vacant parcel and a road that leads to a city-owned water tower. Between us and all the afore-mentioned lies a row of pine trees. At the point where the church parking lot, the vacant lot and the road to the water tower converged, stood, for reasons unknown, a fire hydrant. My first iteration of the Carquinez & Alhambra Valley Railroad was a victim of that fire hydrant, or, more specifically, a victim of the idiot who hit it doing donuts in the parking lot one hot August night.

The city took responsibility, replaced our deck, and provided for installation of French drains and a rebuilt retaining wall. Now, whereas the layout had been along the southern edge of the backyard under the deck, the layout was to be rebuilt on the western side.

Life intervened and it took several years for the layout to be rebuilt. A very intense work schedule (2,000+ student charter high schools don’t just run themselves, you know), nine surgical procedures, a broken leg sustained in the jungles of Costa Rica, kidney stones up the ying-yang, two life-threatening situations with grandchildren, and then COVID-19 all contributed to putting the C & AV RR on the occasional back-burner.

Anyway, I just got it back and was running trains although with virtually no landscaping and only a few structures. The intent was to model the city of Martinez at the turn of the 20th century. The city was the seat of Contra Costa County, with a big, beautiful old courthouse, built in 1903.  The town sat along the Transcontinental Railroad and a Union Pacific/Standard Pacific rail station has been there since the 1860s. Add in the John Muir estate, the birth home of Joe DiMaggio, and a slew of other interesting buildings, and the layout has the potential of being a historical modeler’s paradise.

Well, except for the layout itself. More on that later. Anyway, one day during the summer of 2020, we were on our deck when we heard a loud crack. It’s a bit hard to see the perspective from these photos but in the top photo you can see a large branch that had split from the main trunk. The photo to the left shows movement of that branch after a few days.

The city said the tree would have to be removed. We were watching two young grandchildren that summer and I decided to essentially shut down and remove the railroad for safety reasons and to prevent further dmaage to the layout during removal of the tree. I was in the process of removing the structures and a lot of the track and switches when these photos were taken.

It turned out to be quite a show but in the end, only minor damage was sustained and things were back to a new normal in rather short order. Now it was time to put the C & AV back together … 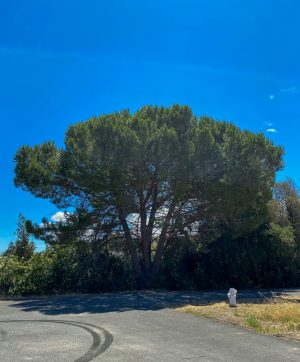 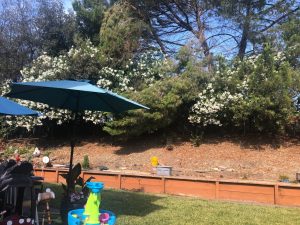 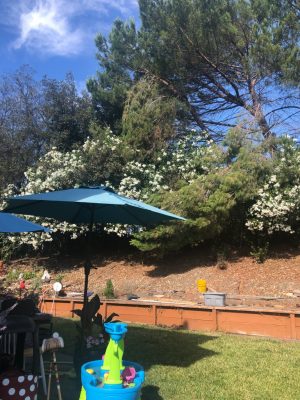 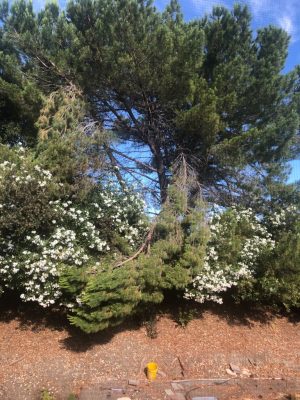 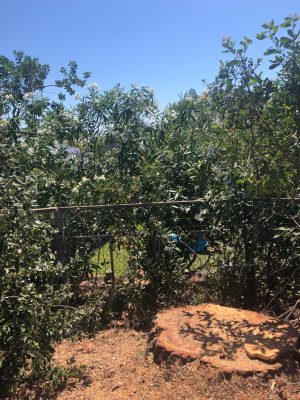 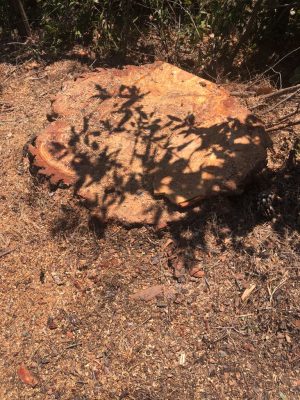 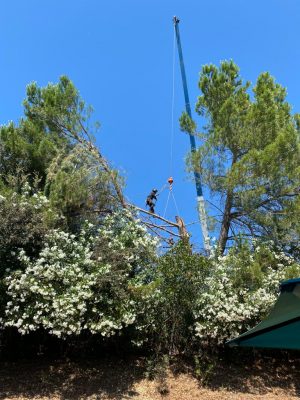 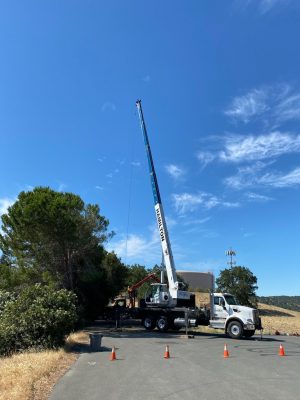 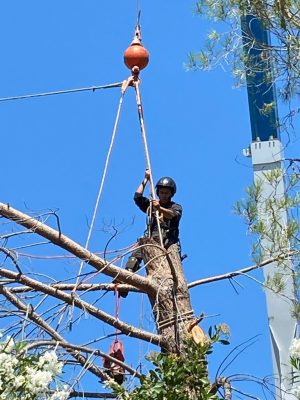 The Tree in Question